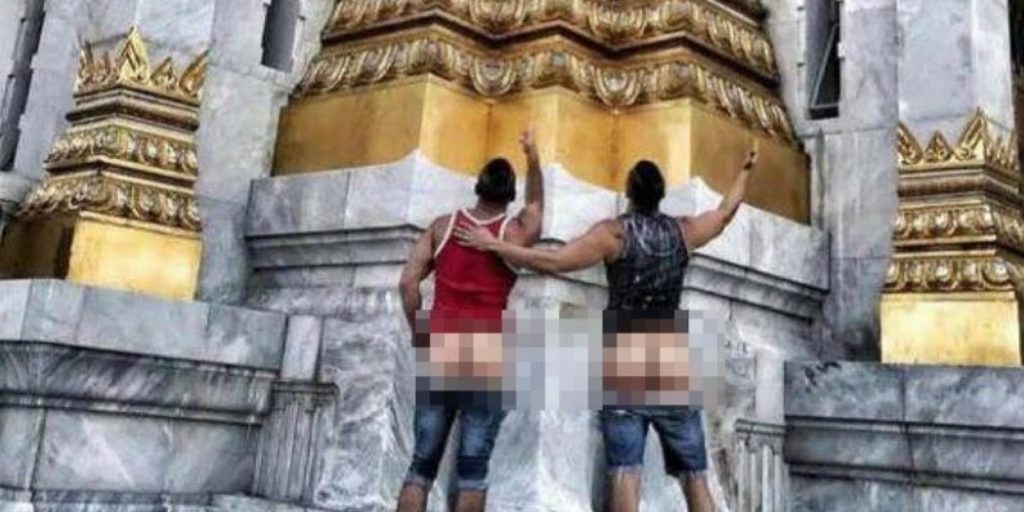 Joseph and Travis Dasilva maintained a now-deleted Instagram account with 14,000 followers called “Traveling Butts.” After they posted a photo of themselves at a famous Buddhist temple with their buttocks exposed, they were arrested.

The men caused an uproar in Buddhist-majority Thailand last week after their photo taken at Bangkok’s Wat Arun was widely shared, prompting a police investigation.

…[P]olice were preparing more charges against the Americans, because they posted their photos on the internet and took photos of their naked body parts at a religious site.

They would be charged with violating the computer crime law for posting pornographic pictures online and breaching Section 206 of the criminal law concerning behaviour at a religious place that insults the religion, Pol Col Jarupat said.

Read more about it at the Bangkok Post and USA Today. 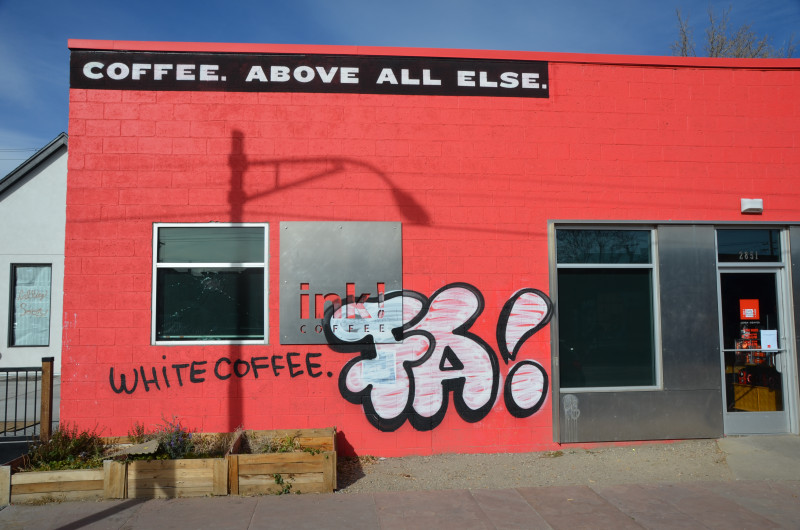 Local coffeeshop chain Ink! Coffee put out a sandwich board sign that said “Happily gentrifying the neighborhood since 2014.” in a Denver neighborhood that’s gentrifying. A local writer and event organizer, Ru Johnson, tweeted a picture of it and people got really really mad.

Someone spray painted “white coffee” on the wall at ink! Coffee in Five Points and broke a window there in what appears to have been retaliation for a sign the business placed out front this week…

… The sign went viral on social media, motivating so many one-star reviews and angry posts on ink’s Facebook page Wednesday night that the coffee-shop chain shut down the review function.

The Aspen-born company apologized for the sign Wednesday, first with a short message on Twitter and Facebook and later with a longer statement from founder and CEO Keith Herbert. But many people made it clear they did not feel the responses, some of which cast the sign as a joke, were enough.

The news quickly traveled around the United States — even the New York Times reported on it. I later heard on Colorado Public Radio that the coffeeshop was closed for several days afterward as people protested outside it.
Read more about it at the Denver Post.
Do you like this blog? Become a fan on Facebook! Follow us on Twitter @SocMediaGaffes! Follow Nicholas on Twitter @nicholas_cheong. 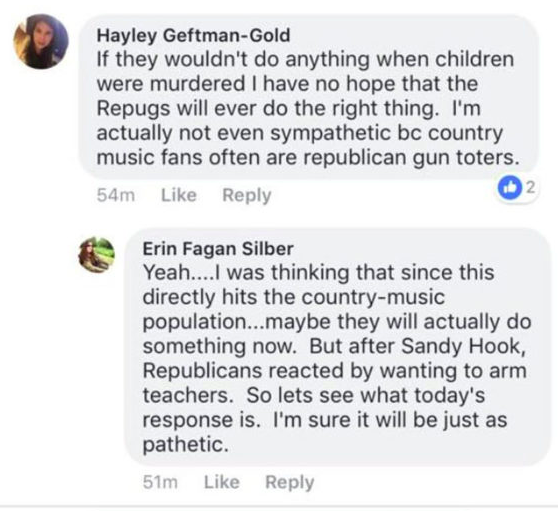 CBS Corp. fired a vice president in business affairs Monday for comments she made on social media regarding the mass shooting at a country music festival in Las Vegas.

Hayley Geftman-Gold, wrote on her Facebook page that she was not sympathetic to victims of the shooting because, she claimed, most country music fans are Republican.

Geftman-Gold also wrote: “If they wouldn’t do anything when children were murdered I have no hope that Repugs will ever do the right thing. I’m actually not even sympathetic bc country music fans often are Republican gun toters.”

The comments were deleted but not before they were picked up on a number of right-wing blogs and websites. A petition was posted online that called for her firing.

A CBS spokesperson confirmed that Geftman-Gold was dismissed because of her comments.

Read more about it at the LA Times here.